Well first off I can not take credit for the title to this post. My show neighbor Stan, who is an awesome photographer, coined that phrase while we were packing our damp tents into damp trucks to what was the soundtrack of the show; screeching metal wheels on metal tracks and ear drum piercing train whistles. I am not exaggerating, at least 15 trains a day not 20 feet from one’s ears can wear thin on the nerves.

It also made for a great sales pitch-“IF YOU HAVE ANY QUESTIONS I WILL TALK TO YOU AFTER THE TRAIN!!” WHAT? HUH? 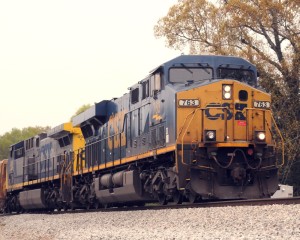 So that was the train portion of the show, the rain portion was a bit of a surprise. When we left on Friday we were expecting a sunny weekend. But as always mother nature had her own plans. We were watching the news Friday night when the report of Sunday rain appeared. So we had a day and a half to stew over that damp problem. I will say that I love my tent more every time it rains. So I was not worried about my tent and art, I was worried about the cardboard boxes that we pack everything in. But Sunday morning we had a Eureka! moment. The boxes fit in trash bags!!! 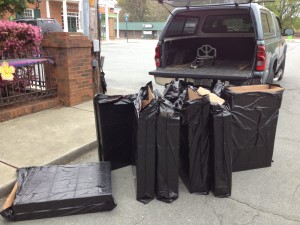 But that was the great triumph of the day. The rain set in about noon and washed away the business with the pollen. So we hunkered in the tent watching the rivulets of yellow and green winding their way across the asphalt until we were given the ok to break down early.  There was a great reprieve at the end of the day. The rain stopped while we were actually loading up the truck!

There were some highlights to the show as well. Tree Gazer, Macbaab, and some prints all got new homes! I met some interesting and engaging people and some good friends who live in GA came to visit on Saturday. So apart from losing money to expenses it wasn’t all bad:) But here is hoping I don’t work my butt off to lose money next show!!:)